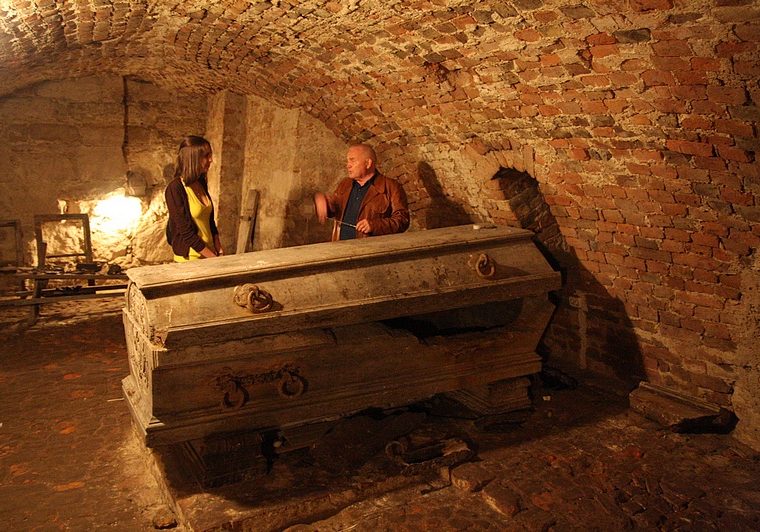 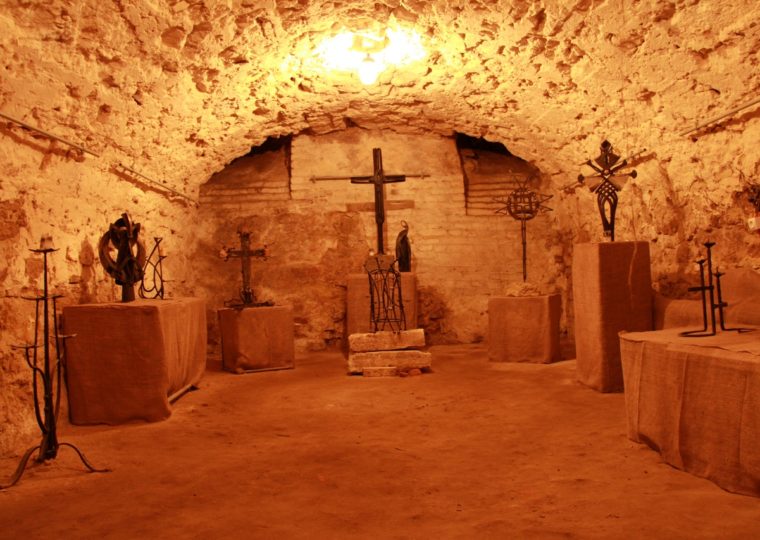 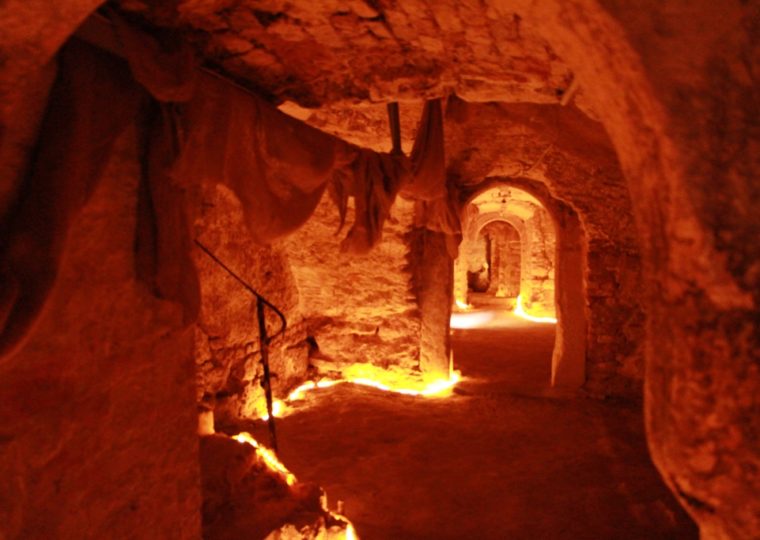 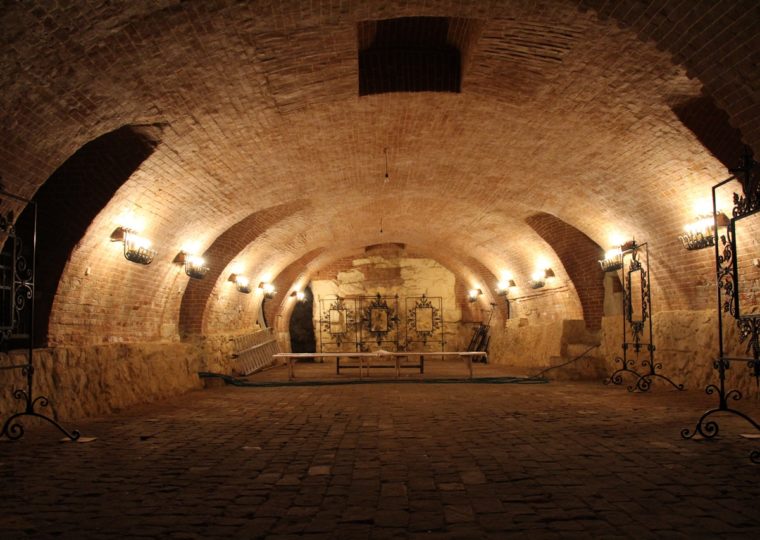 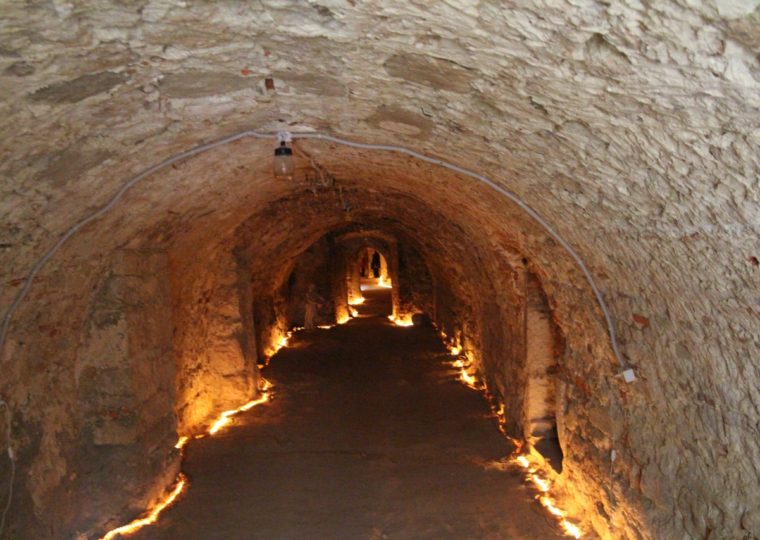 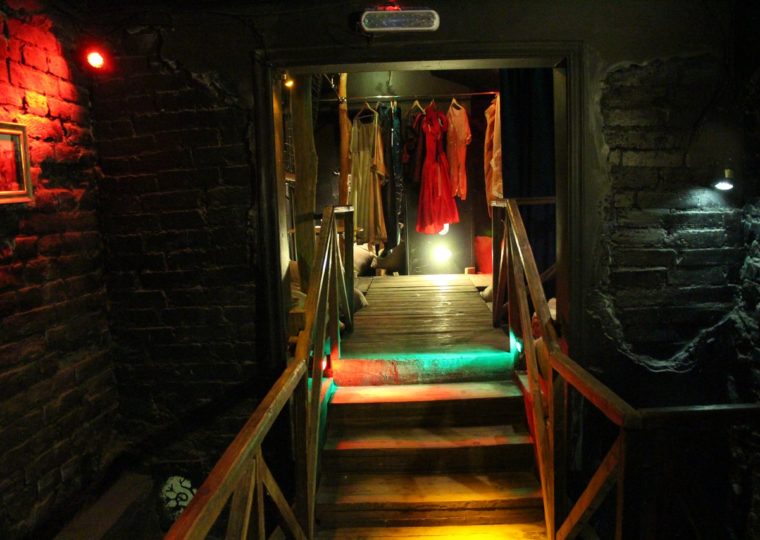 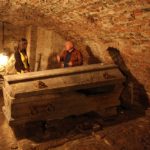 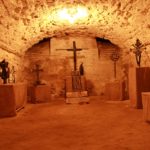 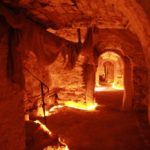 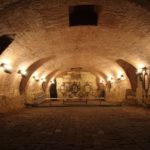 Lviv is the ancient capital of Galicia. Founded in 1256, it was subject to many reorganizations.

The times were changing and bringing the new architectural tastes…

One thing remained the same – its undergrounds…

For a long time the Lviv undergrounds remained another legend of the ancient city. However, not too long ago visiting some of Lviv’s undergrounds became not only a reality, but also a thrilling action that leaves memories alive.

During our excursion you will visit the most interesting dungeons and undergrounds of medieval Lviv:

Lviv is not only a city of coffee, chocolate, a city of inventors and brewers, but also a city full of secrets. One of the biggest mysteries of our city will be its dungeons. The Lviv Underground Excursion covers 5 underground sites located in the medieval part. The tour begins with the dungeon of the Dominican Monastery. Researchers claim that this dungeon is the oldest in Lviv. It is possible that in the XIII century it was the first floor of the palace of Prince Lev Danylovych. Looking through this dungeon you will see a torture chamber, learn about the lives of beggars in our city. It is here that you will hear the story of the Black Princess of Lviv – Halshka Ostrozka, whose ghost still roams the monastery.

The next object of the excursion will be the dungeon of Ukraine’s oldest pharmacy – Under the Black Eagle, which has been in operation in Lviv since the eighteenth century. In the pharmacy you will see a trading room, a laboratory, a wine cellar. The exposition of the museum presents the original pharmacy accessories: hand-cutters, disc mills, presses, cash registers. The Gothic pharmacy cellars will tell us the history of Lviv alchemists, and you will also learn about teriac, a universal antidote that includes snake meat and opium.

Later you will go down to the Lviv mine for coffee, where, according to the locals, Lviv coffee was born. Once you get into the dungeons, you will discover the mystery of why coffee in Lviv is extracted underground, as well as see the only coffee bean in the world. The figure of Yuri Kulchytskyi, who taught Europe to drink coffee, will not be ignored.

The next object will be the dungeons of the Saints Peter and Paul Garrison Church , also known as the dungeons of the Jesuit Church. Here you can see the remains of the XIV century house on which the temple was built. The dungeons served as crypts, that is, burials. In Austrian times, burials were postponed and crypts were backfilled. Archeological studies are still underway in the dungeon. Thanks to this, a third of the premises are already available to tourists. During the excursion, you will see the Alabaster sarcophagus of Lviv Roman Catholic Archbishop Mykola Vyzhytskyi, weighing about 700 kg. Here are unique layouts, which recreated Lviv XIII, XV and XVIII centuries. They will help you go back in time and see what our city was like several hundred years ago.

The last object will be the dungeons, where the new real medieval Fifth Dungeon restaurant is now operating. According to legend, it was here that the Jesuit monks lived, who gladly received guests. Five restaurant halls are located in the basement below the building, and each hall has a special theme: hunting, craft, etc. This institution with a mystical atmosphere is full of legends – dragons live here, hangs a magic sword with its history and hides many mysteries.